← Egyptian protests and the role of video journalism
Will the internet kill off the traditional television news bulletin? →

At The Scene: Online Video’s Crucial Role in Breaking News

So, there you are in the office writing up your script for the BBC’s News at Ten and at 9.40pm the juiciest news story breaks out all around you! How do you capitalise on this massively visual piece NOW whilst it’s still hot?  What do you do? What can you do? The answer is Nothing. You are forced to sit, wait for 10pm and watch as the pie quickly cools… 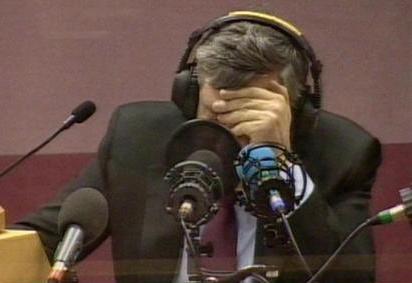 “What about the BBC News Channel and Sky News? They provide 24 hour rolling news!” Correct, you are right there. But only for people who can afford satellite television, which currently only stands at one THIRD of UK homes. The other 66%, the majority, are left to wait.

Your smug fellow colleagues at BBC who work in the department of BBC News Online, on the other hand, can dig in straight away. They can even burn their tongues by capitalising on news so fast.

It’s not just them stuffing their chops – Sky News Online, CNN, and Twitter constantly dine at the online video buffet for breaking news stories. And when they do, they can be assured it’s always fresh.

When the story of the 7/7 bombings in London broke in July 2005, the BBC went straight online to youTube and Flickr for videos and photos of what had happened. The user generated comments they found there also gave them ideas about the potential casualties they needed to report.
Jo Twist, BBC’s Technology Reporter says:

“Unlike TV cameras, mobile phones only need a functioning network to send back moving images. This can be done at the touch of a couple of buttons.

The grainy quality of the moving mobile images will improve over time, but news organisations say viewers forgive the quality as they understand the circumstances in which such footage is often shot.”

The above video was taken by David Couzins, an un-injured train passenger underground the day of the 7/7 bombings. He says:

“Although not particularly interesting, I did manage to email this video directly to some of the world’s major newsrooms as soon as I got to the surface (something that was reasonably advanced in 2005) and as a result both the BBC and Sky News played this video numerous times throughout the day as the story unfolded. I will never forget that day.”

Amateur videos are becoming extremely popular as time goes on, as the average person becomes more and more adept to shooting their own footage comfortably and sharing it immediately. Their proxomity to the scene of the story cannot be beaten by news organisations, bacause it is from those involved that the organizations are alerted in the first place. Take the disaster in Haiti for instance:

In reporting the earthquake disaster in Haiti in Jan 2010, the BBC posted amateur footage from youtube without properly discovering its source or checking its reliability. But even if you do check the sources, and they all add up, time will not wait for you.

And even if you do provide up-to-the-minute news during broadcast, nothing can be done once transmission has ceased: if a burning story breaks at 10.36pm, there’s no opportunity to broadcast it for another 6 hours on BBC One until 4.35am the following day.

Because Online Video will always be first at the scene.